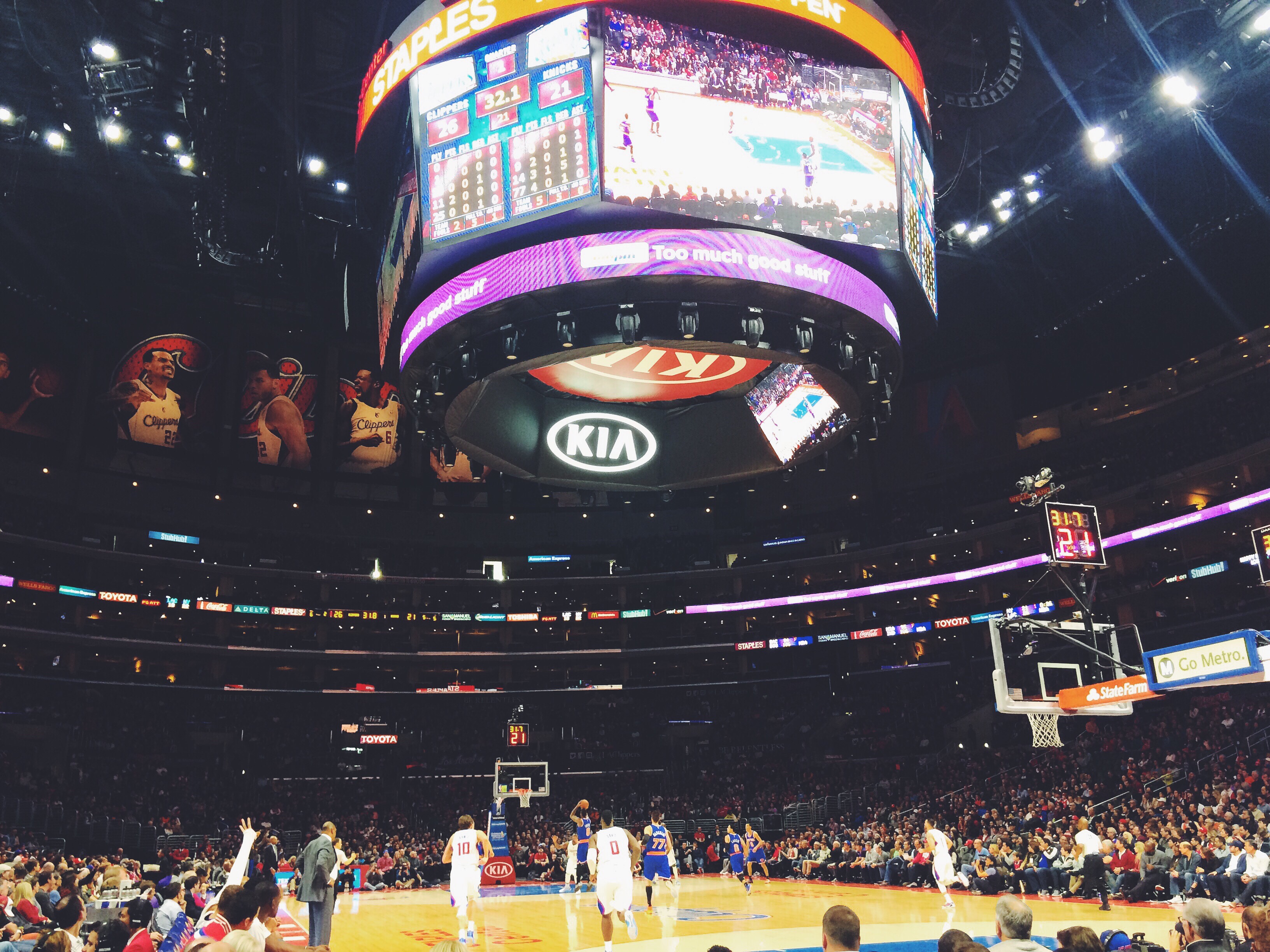 When do NBA games start, you ask? If you’re like us, you just can’t wait for the new season to get underway. After all, the offseason was insane given all of the moving and shaking players did in free agency and some of the trades teams pulled off. Fortunately, it won’t be long until the regular season gets going on October 22. Let’s check out all of the key dates and important games on the 2019-20 NBA schedule.

Opening night in the NBA is a big deal, and this season the league is pulling out all the stops with several notable matchups. Helping kick off the new season will be the defending champion Toronto Raptors, who will raise their banner before taking on the New Orleans Pelicans. These two teams aren’t exactly fierce rivals, but the Pelicans are a big draw because of the presence of top pick Zion Williamson, who will be making his NBA debut in Toronto against last season’s champions.

The fun continues to a rivalry game between the Lakers and Clippers in an early-season battle over Los Angeles bragging rights. The Lakers are hoping to bounce back quickly after missing the playoffs last season and are optimistic that bringing in Anthony Davis to join LeBron James can make them contenders in the Western Conference again. Meanwhile, the Clippers are a trendy pick to win the West this season after bringing in Kawhi Leonard and Paul George during the offseason. While George may not be ready for opening night after offseason shoulder surgery, Leonard will be in action for the first time since leading Toronto to the title last season.

In late November, the NBA hands us a rematch of last season’s Western Conference Finals between the Golden State Warriors and Portland Trailblazers. This will be an early litmus test for both teams. The Warriors will be playing without Kevin Durant, who left for Brooklyn, and Klay Thompson, who is likely to miss the entire regular season with an injury. Meanwhile, the Trailblazers appear to have improved over the summer with the additions of Hassan Whiteside and Pau Gasol. But after winning five straight Western Conference titles, it’s fair to still look at the Warriors as the team to beat – especially since they still have Stephen Curry.

On November 27 and 29, the Brooklyn Nets and Boston Celtics will meet in quick succession, playing two games against one another in two nights. It’s so early in the season that Durant will likely miss due to the achilles injury he suffered in last season’s NBA Finals. However, Brooklyn’s other offseason addition, Kyrie Irving, will be there to lead the way for the Nets. Adding another dimension to these two games is the fact that Irving will be facing his former team and visiting Boston for the first time since signing with the Nets. Meanwhile, the Celtics will be led by Kemba Walker, who joined the Celtics during the summer as their replacement for Irving.

As far as the sports world is concerned, the NBA owns Christmas Day, and once again, they've made sure that will be the case this year. There are five back-to-back games on tap for December 25, with every matchup as intriguing as the one that came before it. It begins with the Celtics visiting the Raptors. Up next, the Milwaukee Bucks, considered the favorites by many in the Eastern Conference this season, will play the Philadelphia 76ers, a team with intriguing talent.

Things switch to the Western Conference for the final three games. The Warriors play host to the Houston Rockets in a matinee, followed by another game between the Clippers and Lakers, perhaps with George in the lineup. Finally, the evening ends with the Pelicans paying a visit to the Denver Nuggets, which will put Williamson in a nationally-televised game on a marquee date in the NBA season.

Catching Up with Old Friends

Once the post-Christmas excitement starts to fade, things will pick up again on January 9 when the Rockets pay a visit to the Oklahoma City Thunder. All eyes will be on Russell Westbrook, who spent over a decade with the Thunder and will be making his first trip to Oklahoma City since he was traded to the Rockets over the summer. Of course, Westbrook was reunited in Houston with another former Thunder star, James Harden. Meanwhile, Chris Paul, who went the other way in that trade will be leading Oklahoma City against his former team, as he spent that last two seasons playing alongside Harden with the Rockets.

Go Out with a Bang

A little less than six months after it begins, the NBA 2019-20 regular season will come to an end on April 15. However, the league should send the regular season out with a bang. There are 13 games that night, so if there are any playoff spots left to be determined, things should be settled that night. Of course, soon after the regular season ends, the playoffs will begin. If the NBA playoffs are half as compelling as the offseason was, fans should have a lot to look forward to.