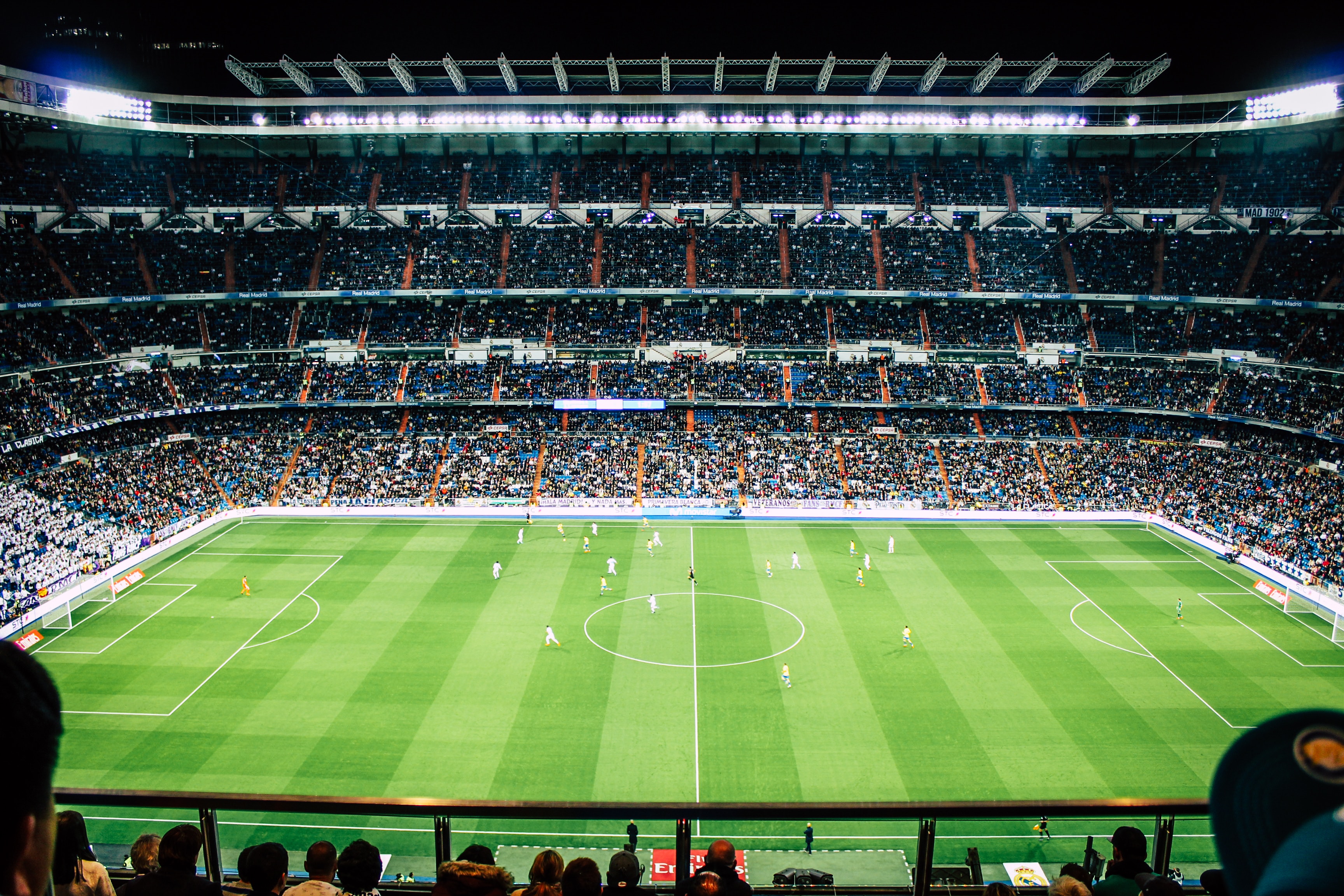 A Complete Guide to This Summer's Soccer Friendlies

The sport of soccer offers no rest for the weary. Within weeks of the major leagues in Europe wrapping up their seasons in May and June, we saw three major international tournaments, not to mention the Women’s World Cup. Now the top club teams in the world are getting back in the swing of things with the International Champions Cup 2019. With the start of the European schedule on the horizon, there are endless fixtures ahead of us, as clubs prepare for the 2019-20 season. The good news is that there's still time to get your hands on International Champions Cup tickets, as well as a handful of other fun fixtures throughout the rest of the summer.

Contradictory as it may sound, the Madrid Derby will be played outside of Madrid, with Real Madrid and Atletico Madrid meeting on July 26 at MetLife Stadium in New Jersey. The Real Madrid USA Tour concludes with a game against their intracity rival, and even though it’s supposed to be a “friendly match," there’s typically nothing friendly about it when these teams meet on the field. Just ask Real Madrid’s captain, Sergio Ramos.

Unlike years past, Real Madrid has been able to bring all of their top players for the U.S. summer fixtures – including veteran stars like Karim Benzema, Luka Modric, and Toni Kroos, as well as Eden Hazard, their newest big-money signing.

Atletico Madrid’s top player, Antoine Griezmann – who recently completed his acquisition to FC Barcelona – will miss the visit to the States. But the Colchoneros will enroll other superstars. Among them: Jan Oblak, one of the world’s best goalkeepers; the deadly midfield duo, Saúl Ñíguez and Koke; and João Félix, the Portuguese wonderboy who just joined Real Madrid after the club has paid for his €120 million release clause.

There’s also a chance that the match with Atletico will be the last time Welsh superstar Gareth Bale plays as a member of Real Madrid.

One of the top soccer fixtures in the U.S. every summer is the MLS All-Star Game. This year’s game will be in Orlando on July 31 with the MLS All-Star Team taking on Atletico Madrid. The game will mark the end of the Atletico Madrid USA Tour this summer. While often overlooked in Spain by Real Madrid and Barcelona, Atletico’s roster includes many players fans should be excited to see in person. There is former Chelsea villain Diego Costa, Portuguese wunderkind João Félix, Mexican standout Héctor Herrera, French midfielder Thomas Lemar, and Kieran Trippier, who recently completed a transfer from English club Tottenham.

While some of Atletico’s players for the All-Star game are still unknown, one thing is certain: Orlando City SC will be hosting City’s main star, Portuguese Luis Nani, to face some of his former colleagues and rivals on Orlando City’s field.

After winning their second straight World Cup (and fourth overall), the U.S. Women’s National Team will kick off their victory tour later this summer with an August 3 friendly against Ireland at the Rose Bowl in Los Angeles. All of the American players have gone back to their club teams in the NWSL for the time being. However, less than a month after their triumphant world championship in France, they'll reunite for the first of many games on their victory tour. Fans across the country will have plenty of opportunities to watch the USWNT in action over the next several months, although the first game at the Rose Bowl will have special meaning, as it’s the site where the U.S. won the 1999 World Cup finals 20 years ago.

Soccer teams are accustomed to playing two fixtures at a time, and that’s exactly what Barcelona and Napoli have on their schedule in August. This summer’s Barcelona USA Tour concludes with back-to-back games against Italian side Napoli in a four-day span. The first game will be on August 7 at Miami’s Hard Rock Stadium while the second game is on the schedule for August 10 at Michigan Stadium in Ann Arbor.

We'll likely witness some rotations during those matches as the two managers, Barcelona’s Ernesto Valverde and Napoli’s Carlo Ancelotti, have to make sure both teams’ players are physically ready for the next season’s opening. The Catalan empire has had a very successful summer this year. Besides bolstering their rear part of the field by signing the French youngster, Jean-Clair Todibo, and Brazilian goalkeeper, Neto, the Blaugrana signed one of the best young midfielders in the world, Frenkie de Jong. De Jong will play in a packed midfield that includes veteran Sergio Busquets, Arthur and Ivan Rakitic. In addition, Barcelona will employ, for the very first time, one of the world’s greatest soccer superstars, Antoine Griezmann. Griezmann joins an already strong attacking line that includes 3 top players, namely Brazilian Philippe Coutinho, Uruguayan bomber Luis Suarez and, of course, worldwide superstar Argentinian Lionel Messi. Argentinian talisman will most likely join Barcelona in their US tour one way or another, as millions of fans are coming from all over the world to see him.

On the other hand, there’s SSC Napoli, one of Italy’s biggest clubs, with a rich history (just ask Diego Maradona…) and a promising future. The Partenopei’s most famous acquisition this summer is, without a doubt, represented by the Greek defender, Kostas Manolas, who will back up one of the world’s best defenders, Kalidou Koulibaly. However, it’s still uncertain whether Koulibaly will join the team in the States or he’ll extend his summer vacation and join them once they’re back to Italy.

After the conclusion of the men’s version of the International Champions Cup, the women will get their opportunity to show what they've got. There are a pair of doubleheaders scheduled for August 15 and 18 at WakeMed Soccer Park in Cary, North Carolina. With four teams from four different countries participating, it's bound to be a good one. Lyon faces Atletico Madrid in one semi-final and Manchester City faces the North Carolina Courage in the other fixture on August 15. A few days later, the two losers will play in the Third Place Game while the winners meet in the Final.

Many of the stars fans saw during the Women’s World Cup will be on the pitch for these matches, including Dutch goalkeeper Sari van Veenendaal, who won the Golden Gloves at the World Cup; French stars Amandine Henry and Eugénie Le Sommer; Norwegian striker Ada Hegerberg; English stars Ellen White and Jill Scott; and American players Samantha Mewis and Crystal Dunn.

The summer of soccer will wrap up just after Labor Day with several international friendlies, including a fixture between the United States and Mexico. The two bitter rivals met earlier this season in the Gold Cup Finals, with Mexico winning 1-0. The play in that game indicated that there's been no love lost between the two sides, even as the U.S. introduces a new generation of players. After tasting defeat in the Gold Cup Final, the Americans will be eager to gain redemption, ensuring that this “friendly” is played with the intensity of a competitive fixture.