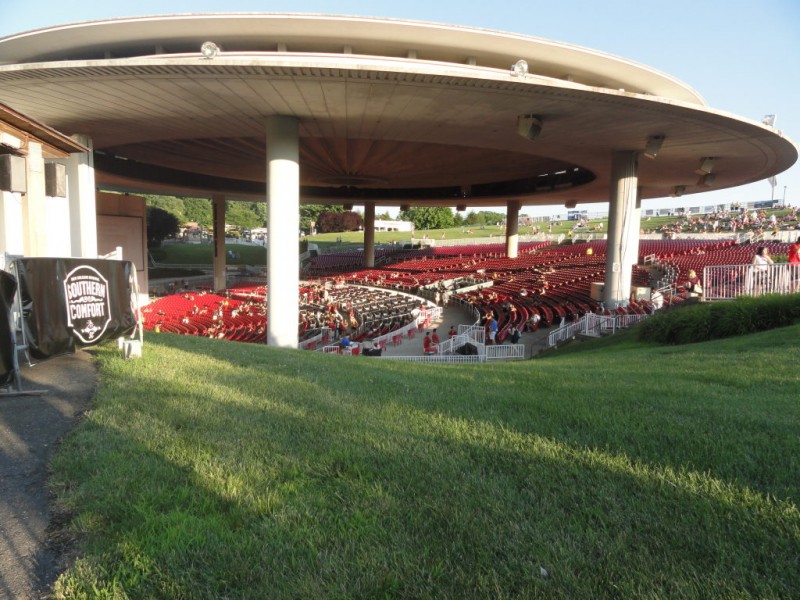 Located just south of New York City in Holmdel Township, New Jersey, the PNC Bank Arts Center is a massive 17,000-fan capacity outdoor amphitheater that holds concert events from May through September every year. It’s one of the most successful outdoor amphitheaters in the United States and has been since it opened its doors in the late 1960s.

Originally known as the Garden State Arts Center when it was opened in 1968, named both after New Jersey’s state nickname and also because it was constructed specifically as part of the Garden State Parkway project. In fact, this venue is still most accessible from the Parkway, even though naming rights were sold to PNC Bank in 1996 during one of the venue’s many renovation cycles to keep it suitable for modern audiences. Other changes made around that time include the addition of lawn space for around 2,000 more attendees and changing the balance in the types of performances typically held there to accommodate big-name summer concert tours.

You mean besides the biggest names, the biggest crowds, and the most conveniently located outdoor amphitheater in the tri-state area? Your guess is as good as ours, bucko!

What kind of events does PNC Bank Arts Center host?

As one of the oldest and most successful outdoor amphitheaters anywhere, the PNC Bank Arts Center has seen literally thousands of performers grace its stage. Seriously, it would be a shorter list to just tell you who hasn’t performed there. Big names from Bruce Springsteen and the Allman Brothers to Sting, the Jonas Brothers, and beyond have all been there, and it’s also a popular stop for major tours both past and present like The Area Festival, Crüe Fest and Crüe Fest 2, Gigantour, Lilith Fair, The Mayhem Festival, Ozzfest, Projekt Revolution, The Uproar Festival, and The Vans Warped Tour just to name a few!

Which team is playing at PNC Bank Arts Center?

As this is a music venue no team plays here.

Where can I park for free at PNC Bank Arts Center?

There is plenty of onsite parking at PNC Bank Arts Center events. Parking costs $6 and must be paid by all attendees.

What is the seating capacity of PNC Bank Arts Center?

How do I get to PNC Bank Arts Center using public transport?

Fans wishing to reach PNC Bank Arts Center events by public transport can rely on the venue’s free shuttle service. The shuttle can be located by taking the NJ Transit to the Aberdeen/Matawan train station.